The European Association of Japanese Studies (EAJS) was established in 1973 by a group of European scholars in the field of Japanese studies in order to facilitate international academic exchange across national borders. Since 1976 the EAJS has organized a large international conference almost every three years at various locations in Europe, usually at universities with strong programs in Japanese studies. About 600 scholars participated 2008 in the twelfth EAJS Conference. The EAJS also expanded its activities to publish a membership bulletin, since 1997, and in 2000 it started a workshop for doctoral students, which now takes place every 18 months. In 2012/2013 EAJS was able to hold two PhD Workshops (Newcastle and Frankfurt am Main) to answer to the increasing number of applicants. EAJS membership has steadily grown to over 1300 people from about 36 nations. Over the years the elected presidents of the EAJS have come from many European countries and institutions reflecting the diversity of its membership. 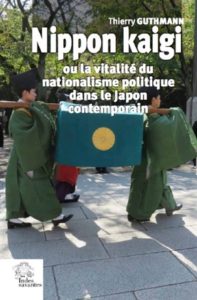