This presentation provides an overview of the post-war Japanese welfare state regime, which basis had been on the “popularized moral”, and reveals that its economic foundations have collapsed in the late 1990s. It clarifies the fact that the dismantling of the regime has accelerated the division of Japanese society in recent years.
The Japanese welfare state was based on the principle of self-responsibility that assumed diligent labor, frugality, and savings. Miraculous economic growth in the 1960s increased average income and enabled a natural increase in tax revenue under a progressive personal income system. The government, however, did not use this revenue increase to expand social services, but instead mostly returned it to the taxpayer through personal income tax cuts. As a result, Japan’s household savings rate had reached the highest level in developed countries. The savings were accumulated both in private financial institutions and postal savings. Backed by such an ample amount of household savings, private financial institutions financed a large amount of corporate capital investment, and postal savings financed public works through the Fiscal Investment and Loan Program. This financing mechanism enabled further economic growth. I define this kind of welfare state regime characterized by low social spending, high savings rate, and dependence on economic growth as the Industrious State.
The Industrious State resulted in creating a society in which others would not socially approve male workers unless they defend their family at their own risk through labor and savings. In other words, people regarded reliance on public services as their moral failure, which leads to their lower social status. Due to a sharp drop in household income combined with the fear of relying on public services, the number of suicides increased sharply in 1998, when the household income started to decline. Average household income has not recovered to the level of 1997 yet, and the proportion of low-income groups has increased to the standard of the early 1990s. A large number of eligible recipients for welfare programs choose not to receive the benefits, and many low-income people incorrectly classify themselves as middle class. The decline in homeownership and birth rates is also remarkable. Japan, which was once known as an egalitarian nation and had a strong social cohesion, is on a historical juncture.

The event is open to all.Registration is required at www.mfj.gr.jp/agenda/2021/02/19/ls_ide/Log in data will be provided after registration. 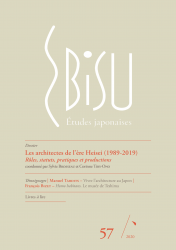 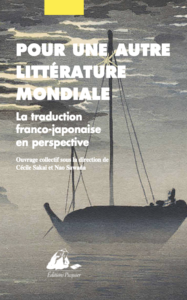