On the Conflicting Universals in Translation:

Translation as Performance in East Asia

Anne CHENG –  To Be or Not to Be Lost in Translation

Round table Discussion: Universal values through the lens of translation.

The East Asian Translation Studies conference aims to provide a platform for translators and researchers working in the East Asian context to exchange ideas on issues related to translation. The first EATS conference held in June 2014 at the University of East Anglia, UK, generated vibrant discussions not only on theory and history, but also the translation practice and new trends in the field. The second conference at Meiji University, Japan, in July 2016 was a continuation of those dialogues, bringing into focus the notion of “East Asia”, its role and influence on translation studies (TS). The third conference, hosted by Ca’ Foscari University of Venice, Italy, in June 2019 explored the changing identities of East Asia observed in translation.

At the fourth conference (EATS4), to be held at Université Paris Cité in France, we wish to initiate meaningful discussions on how universals are handled in translation in the East Asian sphere. We welcome presentations and participation in discussion by both researchers and practitioners.

In her eulogy on translation (Éloge de la traduction, 2016), Barbara Cassin argues that translation by nature is against Logos, which is “someone’s universal”. Yet we know only too well the assimilative translations of the past that erase all traces of strangeness and turn the others into one of our own. Today, heading in the opposite direction, some scholars suggest that translation should go back to the “source” because the other is irreducible, and the language of the other is untranslatable–so much so that in current cultural studies debates, the translator is required to become the double of the author; either that or give it up entirely.

Given the interactions with the West in the nineteenth and twentieth centuries, there have always been two main views on translation in the East Asian sphere: translation to build the new and the common, and translation to exalt particularity and distance. In fact, these attitudes also represent the political positions of the translating agents, therefore would change over time and shape the public discourse. In both cases, a stage is set for a performance of a foreign world, in which questions of the universal inevitably arise: Is there a common ground that allows translation to cross borders? Does translation convey universals? If so, what are they? Is translation in itself “universalizing”? 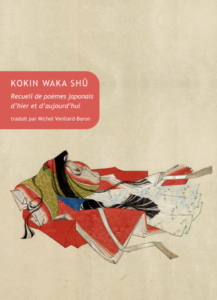